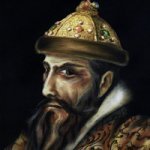 By IvanGrozniy,
February 14, 2021 in General Discussions

A classic case of vision getting in the way of good game design (also known as fun). This is a post about what civilization is / can be in Dual Universe, and perhaps what went wrong. Before diving in,

and we got it because people that had 0 experience in PVP cried that "xs cores are overpowered" so they got double nerfed(guns + lock range). Now they will cry it's too expensive to get into pvp...

No, such gating is counter-productive, because "invested" people just go 10 accounts and will not give much muck about it. This is root mistake of 0.23.   Key is not in characters, but in pl