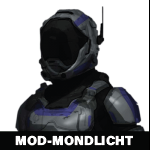 What is "interesting" to me is that this is a rather serious exploit and NQ has been aware of it for at least several days with no comment or action from their end either way.   I say it is