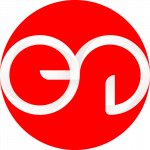 If you see a problem with DU, explain it and the mechanics that trigger it.    Leave RL politics out of this.  We dont care that your RL country has issues with the word "socialism"...