By NQ-Wanderer,
September 15 in General Discussions

Excuse me, but I think it's a dream that this game is no longer a beta. Also that it should have a value of 12,99€ (times Euro in my room). When I launch the game, which is more like half a game with

You had better add some damn content then if you expect to be charging full mmo retail. This weak ass crap we have now isn't worth 15 bucks a month. 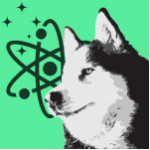 Dear NovaQuark and investors,   There's absolutely no [filtered]ing way the game (Dual Universe) is worth that much on its current state. Everyone knows this release is being a rushed one an