By gamertips,
February 6, 2018 in General Discussions

right, after my first reply, i'm now going to go through and take the time to point out lots about this thread now i have read it all.   How? DU is a *multiplayer* game. It has been said tha

Not quite, very few space games (any ?) require all larger ships to be multi-crewed.   DU is an MMO, so players will quickly calculate the most efficient way to deliver dps. If 5 players in 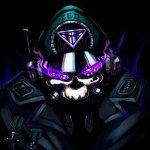 NQ has said time after time that the game is about people working together in large groups. While you will be able to do a lot solo you wont be able to do everything larger groups can do together. Man