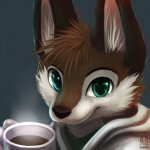 What about randomly generated names like HS4-RD or that sort of thing? Easy to implement and takes the pressure off people to figure out names for planets. Otherwise, I like the idea of having the fir

There could be a system in multiple steps :   1) Random generation like HS4-RD 2) First pioneer to put a TU on the planet can rename it once. 3) When an organization get 70% of the planet's TU the

Obviously nothing is perfect. But what I was really trying to avoid is some idiot coming along, being the first to a planet because he happened to drift there first, and naming is "RANDOM LOLOLO XD XD