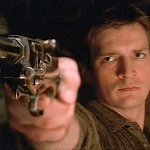 Transfer Units are too expensive for what they are

By MalReynolds, August 29, 2020 in General Discussions