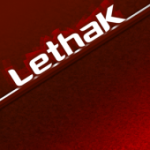 Mapping, Cartography and sharing a location

By lethak, August 15, 2016 in The Gameplay Mechanics Assembly