By kleves,
September 21, 2020 in General Discussions

Why do people buy into games that offer gameplay they do not want and then start complaining about it afterwards?   "This great new type of bread has a distinct vanilla flavour" "Great, 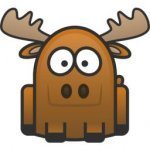 My irony meter just broke..... you owe me a new one Still confused why we are arguing over a pvp zone which is completely optional for players to enter, in a game where the main pvp mechanics have

Yes, and this game is focused more on those people than... ...those. Yes. With conditions. Pervasive free-for-all PvP is always going to be a thing. It's always been advertised as being