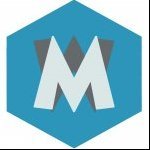 Amateurs.    If you want some pointers on alts, just PM me!

I'll throw in the key question into the room:   Is it forbidden? The forum rules, after a quick glance at least, do not imply this directly or I missed the key parts.   Of course it looks like a s