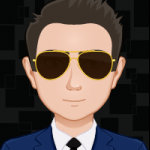 By Lexant, May 22, 2020 in The Gameplay Mechanics Assembly