By Danger,
October 4, 2016 in General Discussions 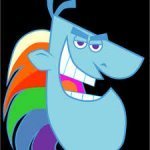 I don't think we're getting off on the right foot here.  I'm twice your age, so please don't call me son.  And asking if someone is braindead for making a suggestion in a thread about making suggestio

The Lore has cerebral implants that are linked to the Arkship's database. You get the skil ltraining by "downloading" data. The real question is, if the Devs will implement a skillpoints maximum capac

You know the skill training system is right, when me and TrashWizard agree on it.