What Should DU Citizens be Called Part 2

Fellow Dualists,   Like this post if you would like to have Duals or Dualists added to the poll.   This is a bit like an Internet petition: it may be ineffective but it makes you feel good. 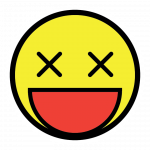 The first war of Dual Universe looks to be between the Arkers and the Colonists with a small band of Dualists playing turncoat.

"Those who have no lives".... since I don't see many of us having one outside DU once it's out.