Its all good, you want free to play? Ok Im out, no money from me. I've been waiting for years for a game worth playing that embraces a return to the subscription.   If all the free to play games out

@johan26: To make a few things clear (before closing this topic that was ongoing for too long):   1) Arguing the fact that the limited success is just due to the monetization model is a very very b 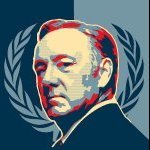 You just don't understand how things works and act like a child that don't use his brain.   If you want to compare games, compare what it can be compared. Guildwars / WoW, are certainly NOT sandbox