Hi everyone,   To conclude this never-ending discussion that already happened many times before and after the Kickstarter campaign:   We are still a small company aiming to make a ve 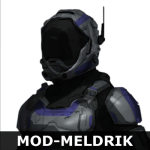 As an official reply from Novaquark has been given and to prevent unnecessary problems.   This topic is now locked.   Best Regards, Meldrik

As an avid Linux user myself I figured I should chime in with my two cents on the topic. While it would be amazing to see Dual Universe have native Linux support I do agree that it should not be a top