Should Marketplaces Have Lua Scripts/Have APIs? 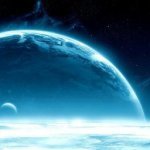 By !SIN!seennotheard,
January 22, 2018 in General Discussions