It seems that this information has not been detailed, but the panel overview contains two pages, home (home icon) and skins. So if it can reassure you, the home page will contain general information

For years we are told any kind of test-account is a bad idea as it does not work with the player driven economy and persistent universe, introducing it almost seems like there are plans to, you know, 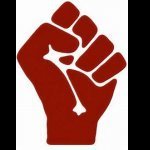 Please give us some dates. For anything. Even providing the month involved in any of the above would be of great benefit to so many people.